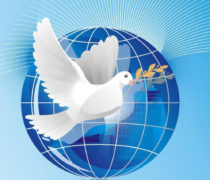 An Azerbaijani delegation led by Minister of Labor and Social Protection of Population Fizuli Alakbarov is participating in the 102nd session of the International Labour Organization in Switzerland.

The member States of the ILO meet at the International Labour Conference, held every year in Geneva, Switzerland, in the month of June, AzerTAcreports.

Each member State is represented by a delegation consisting of two government delegates, an employer delegate, a worker delegate, and their respective advisers.

Many of the government representatives are cabinet ministers responsible for labour affairs in their own countries. Heads of State and prime ministers also take the floor at the Conference. International organizations, both governmental and others, attend as observers.

The Conference, which is often called an international parliament of labour, has several main tasks.

The Conference also supervises the application of Conventions and Recommendations at the national level.

Over a four-year cycle, the Conference examines in turn Global Reports covering the four fundamental rights, namely: (a) freedom of association and the effective recognition of the right to collective bargaining; (b) the elimination of all forms of forced or compulsory labour; (c) the effective abolition of child labour; and (d) the elimination of discrimination in respect of employment and occupation.

The Conference is also a forum where social and labour questions of importance to the entire world are discussed freely — sometimes passionately.

The Conference also passes resolutions that provide guidelines for the ILO`s general policy and future activities.