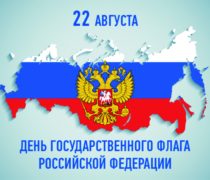 The 7th annual meeting of the World Economic Forum was held on September 11-13 in Dalian, China.

The meeting brought together more than 1500 participants from 90 countries to share strategies and solutions and discuss global issues and risks. The New Champion communities – including Global Growth Companies, Young Global Leaders, Young Scientists, Technology Pioneers, Social Entrepreneurs and the World Economic Forum’s youngest community, the Global Shapers –once again engaged with Forum Members and Partners during the seventh Annual Meeting of the New Champions, AzerTAc reports.

Also known as the “Summer Davos”, the meeting creates a unique opportunity for exchange between leaders from top-ranked multinationals and chief executive officers of dynamic and fast-growing companies, including key decision-makers from government, media, academia and civil society.

Prime Minister of China Li Keqiang and Executive Chairman of the World Economic Forum Klaus Schwab made opening remarks in the opening of the meeting.

Speaking at the meeting, Azerbaijani officials highlighted accomplishments made in economy in Azerbaijan under the leadership of President Ilham Aliyev. The said as a result of implementation of successful reforms favorable investment climate had been created in the country. The speakers also noted Azerbaijan, launching its first telecommunications satellite “Azerspace-1” into orbit had become one of the countries with cosmic industry. The Azerbaijani officials pointed out all these achievements were reflected in reports of international economic and financial organizations. So, they added, Azerbaijan had climbed seven spots to rank 39th for global competitiveness index among 148 countries in the World Economic Forum`s “Global Competitiveness Report 2013-2014”.

They said energy and transport projects realized by Azerbaijan were important not only for the region, but also the world.

The discussions focused on development of cooperation, joint participation in international exhibitions, exchange of experience and other matters.