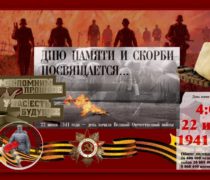 The Ministry of Foreign Affairs of Azerbaijan has published a list of those declared persona non grant for illegal visit to the occupied territories of Azerbaijan.

The list includes 335 people, whose arrival in the country is considered to be undesirable, the Foreign Ministry told Trend.

In particular, the list includes a member of the House of Lords, British Baroness Caroline Cox, head of the department of international relations of the Russian Institute of Political and Military Analysis Sergey Markedonov, a State Duma deputy Maxim Mishchenko, first deputy chairman of the parliamentary committee on CIS Affairs and Relations with Compatriots, director of the Institute of CIS Countries Konstantin Zatulin, a member of the National Assembly of France Francois Rochebloine, members of the National Assembly of France Georges Colombier and Valerie Boyer, singer Montserrat Caballe, former Representative of the Union for the South Caucasus Peter Semneby and others.

For violation of the law «On the State Border» of Azerbaijan and disrespect for the sovereignty and territorial integrity of the country, those mentioned in the list are declared personas non grata and denied entry to Azerbaijan.