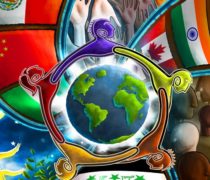 Azerbaijan`s representing Farid Mammadov has become the second with 234 point at the “Eurovision” song contest.

Mammadov was born in Baku to Asif Mammadov, a professional judoka and amateur rock musician, and Maya Mammadova, a silver-winning Soviet gymnast. Farid Mammadov is currently a student of the Azerbaijan State University of Culture and Arts. He works for the Baku Jazz Centre.

Since childhood, Mammadov sang in the Bulbul ensemble managed by Aybaniz Hashimova. For a long time he was a soloist of this ensemble. He has been interested in soul and jazz since age 8 and cites Stevie Wonder as a major influence.
Mammadov is the author of Gal yanima («Come to Me»), one of the songs which he performed during the Azerbaijani Eurovision selection tour.

Besides music, he also practices Greco-Roman wrestling and capoeira.

In March 2013 Farid won the Azerbaijani national final for the Eurovision Song Contest 2013 to be held in Malmö, Sweden. Mammadov was the first male solo singer to represent Azerbaijan in the contest. His performance was staged by Fokas Evangelinos, a Greek choreographer who directed the Eurovision performances of Sakis Rouvas and Ani Lorak.. Azerbaijan placed 2nd in the 2013 competition.