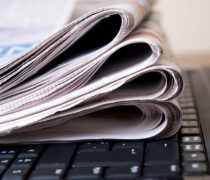 The V1 Challenge Azerbaijan race has been presented at the Baku Crystal Hall.

The event started with a concert of the Voca People ensemble.

The spectators also watched a presentation of cars, which were decorated with Azerbaijan`s flags, and a documentary on the preparations for the tournament.

Speaking about the preparatory work for the Baku 2015 First European Games, Alakbarov noted that the tournament would be excellently organized.

Preparatory trainings for the V1 Challenge Azerbaijan were launched on August 25. Theoretical and practical trainings were organized for drivers and judges during the trainings.

Azerbaijan Automobile Federation will soon organize an exhibition of classic cars at the Heydar Aliyev Center.