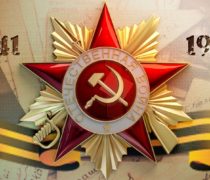 An article devoted to the incident faced by Moldovan Ombudsman Aureli Grigoriu in Armenia was published in New Europe newspaper in Brussels, the Azerbaijani embassy in Belgium and Luxembourg told Trend on Wednesday.

Speaking at a conference in Yerevan, Armenia, on 4 July, Aureli Grigoriu alleged that on 26 February, 1992, Armenian forces committed massacre in Khojaly, resulting in the deaths of 613 residents.

She also said that Armenia currently occupies 20% of Azerbaijan territory, the article said.
Grigoriu was subsequently barricaded in her hotel room and prevented from leaving the country.

«At a press conference on July 8 Moldovan ombudsman said that the focus of her speech in Yerevan was the protection and observance of human rights on the territories of frozen conflicts,» the article said. «In my speech, I was referring not only to Armenia, but also to Georgia and Moldova.»

She said that the information she presented «was nothing new,» and was based on facts gathered in a UN resolution.

«I only wanted to draw the public attention to the violation of human rights in conflict zones,» the article said. «In my speech, I tackled the human rights issues not only in Nagorno-Karabakh, but also in Georgia.»

According to the newspaper, the Azeri government has come to her defence. In a statement issued on 8 July, Azerbaijani commissioner for human rights, Elmira Suleymnova said that by facing «threats, accusations and insults,» and by being prevented from leaving the country, the rights of Aureli Grigoriu were «seriously violated.»